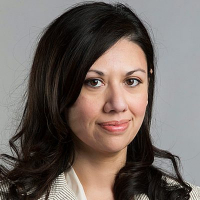 Devashree Gupta is a Professor of Political Science Department at Carleton College. Her research focuses on issues of nationalism, social movements, and conflict, with a particular attention on the politics of Britain and Ireland. Much of her work centers on questions about the relationship of movement factions to each other, particularly the struggles for power and standing among moderate and militant groups, and the way in which rival organizations articulate and enforce their core goals given heterogeneous and competitive movement fields. Her book, Protest Politics Today (Polity Press, 2017), provides an accessible overview of social movement scholarship, while her scholarly work has been published in outlets including Mobilization, Comparative Politics, Comparative European Politics, and PS: Political Science & Politics, as well as several edited volumes. She has contributed to the Blackwell Encyclopedia of Social and Political Movements, and served on the editorial board of the American Sociological Review. At Carleton, she teaches courses on social movements, ethnic conflict, nationalism, and separatist movements, and is currently Chair of the Political Science Department. She received her PhD in Government from Cornell University.