The Changing Roles of English in Eastern Africa 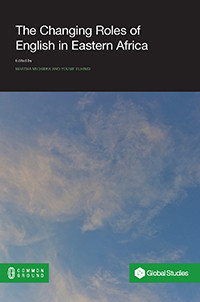 Although Africa is the most linguistically diverse continent, European languages have always played a vital role in its modern history, especially in the fields of education and administration. The Changing Roles of English in Eastern Africa looks at the role of English in nine East African countries and investigates how attitudes toward the language have shaped its changing roles. While the nine countries included in this collection have diverse linguistic histories, they all have, for one reason or another, given English some significant role in their everyday operations. Some of these countries, such as Kenya and Uganda, were former British colonies and, therefore, their use of English was inevitable in the post-colonial era. In a few other countries, however, the decision to use the language has been made necessary by its ever increasing importance as an international language. How did English come to hold such power in these East African countries? Is English still the key to economic opportunities, and how do the various East African countries view English? Can English be avoided, especially in contexts where it was never imposed by colonial rule? What is attracting countries such as Burundi and Rwanda to English, and what are some of the challenges those countries are facing as they transition from use of French as a medium of education to English? This book will be of value to anyone interested in understanding the diverse roles of English, especially those people involved in the politics of language, language planning, language policy, education and linguistics. 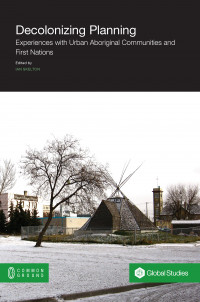 The continued strengthening of Indigenous communities is globally recognized as an urgent priority, and the creation and application of practices that prepare planners for walking with Indigenous people in this process are becoming important necessities for their discipline. Planners of Indigenous origin are reclaiming and recreating traditional methods, and their contributions, though as yet modest in relation to needs, are growing and standing strongly within planning institutions. In this context, critical planners of non-Indigenous origin have begun to question and cast off past practices that perpetuated colonial relations. They strive to transform the ways that planning is thought of and carried out, working alongside Indigenous planners and community members. This book draws on Masters of City Planning theses recently completed at the University of Manitoba which show how, in several different situations, the authors have contributed to planning projects and to the decolonization of their discipline. The work presented here addresses physical planning and social services with Indigenous communities in the city, as well as planning in First Nations. The experiences are based in the region of Winnipeg, Canada, yet have global relevance for work with different Indigenous peoples, and they contribute to the consolidation of Indigenous planning.

Recent protest movements around the world have reignited questions about the connections between freedom and the ways in which digital spaces can be used to communicate ideas and stories. Before the Arab Spring uprisings and the global Occupy movements, Iraqi women used the blogosphere to call for change, to expose the activities of foreign forces in their country, and to discuss everyday politics. Through digital figures and transnational relationships this book explores the implications of women’s stories written online during a time of war and occupation. The weblogs of Aunt Najma, HNK, Faiza, Neurotic Iraqi Wife and Riverbend introduce us to digital selves: online practices of the self which engage with and challenge the limitations of everyday life. When the streets are transformed and regulated by militant gangs or foreign troops, weblogs become a place to connect with others, write a future, and write a self. Forging what Judith Butler refers to as ‘recognisable lives’ online, the bloggers dare international readers to see beyond dominant ‘frames of war’ and share in the cost of military intervention. 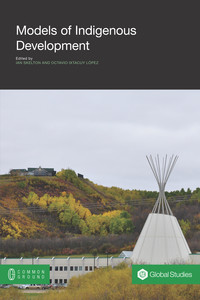 Around the world today Indigenous peoples strive to maintain their cultures and improve their living conditions. They do this in face of the legacies of colonial pasts and the forces of globalization that tend to induce their marginalization and impoverishment. In this book, the authors analyze development experiences aimed at enhancing the self-reliance of Indigenous communities. Focusing on different contexts in contemporary North America, the authors engage diverse topics such as relationships between political economy and Indigenous self-development, dietary practices as strategies of adaptation and social reproduction, planning as a resource for Indigenous development, and alternative strategies for the conservation of natural resources. The essays of this book, as stated in the Foreword by T. Jojola, demonstrate the “growing manifestations of Indigenous planning practices that are being crafted along cultural principles.” 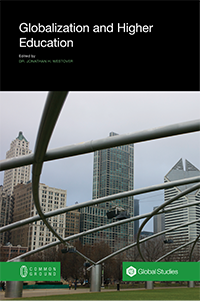