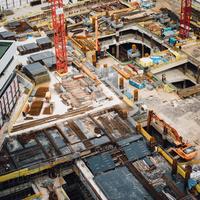 The Silk Road was established during the Han dynasty, beginning around 130 B.C. Markets and trading posts were strung along a loose skein of thoroughfares that ran from the Greco-Roman metropolis of Antioch, across the Syrian desert, through modern-day Iraq and Iran, to the former Chinese capital of Xian, streamlining the transport of livestock and grain, medicine and science. In 2013, President Xi Jinping announced that the Silk Road would be reborn as the Belt and Road Initiative, the most ambitious infrastructure project the world has ever known—and the most expensive.