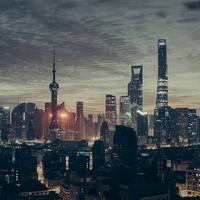 There’s a reason Silicon Valley is notoriously unequal—and it’s not just a matter of misconception or misplaced blame.

Between 1990 and 2010, the tech industry’s growth directly caused San Francisco and San Jose’s inequality to grow as well, according to the preliminary draft of a study conducted by researchers from Northwestern University and the University of Toronto. In fact, an analysis of cities across the US during the same time period showed a causal relationship between an increase in innovation and heightened inequality.

The researchers used the number of patents published within a city as a proxy for its innovativeness; they used the Gini coefficient, a standard measure for income distribution, to quantify inequality. By analyzing patent volume against local changes in income distribution, education level, and employment over the two decades, they were able to identify what they call the “sorting effect” as the primary reason why innovation leads to income segregation.