Globalization’s Backlash Is Here, at Just the Wrong Time 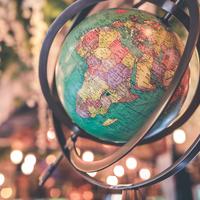 In short, the anti-globalization drive that is spreading across the Western world may be coming at exactly the wrong time — too late to do much to save the working-class jobs that were lost, but early enough to risk damaging the ability of rich nations to sell advanced goods and services to the rapidly expanding global middle class.

It is tempting to think of globalization as a constant process, but historically that’s not the case. It moves in fits and starts, and occasional reversals. The 1990s and the first years of the 2000s were one of those extraordinary periods in which economies became more interconnected, according to a range of data.

Now, globalization has entered a new phase, in which cross-border trade in goods and services is steady as a share of the economy, and the international flows of capital are lower than they were before the global financial crisis. It is now the spread of information that is rising, with different implications for workers in rich countries than the earlier phase.