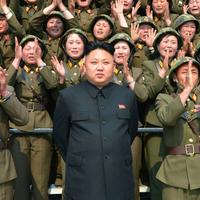 Tensions between the US and North Korea escalated further Tuesday evening when President Donald Trump promised "fire, fury, and frankly power, the likes of which this world has never seen before" in response to recent threats from North Korea and its leader, Kim Jong Un.

Hours later, North Korea responded by saying it was seriously considering a missile strike on the Pacific island of Guam, home to a US military base.

A physical engagement between the two nations still looks highly unlikely, but it is something that serious analysts and academics have started to talk about.

Clearly, the biggest and most important impact of any conflict between the US and North Korea — either nuclear or conventional — would be a catastrophic loss of life and huge human suffering.

But in a note circulated to clients, the staff at the research house Capital Economics has assessed the potential economic impact that a conflict could have on the world's economic prosperity.