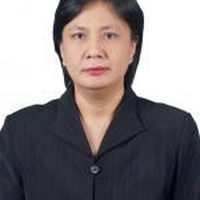 She was born in Bangka on 20 December 1968. Her professional education includes Bachelor of Arts in International Relation Studies from the International Relations Department, Faculty of Social and Political Sciences, University of Indonesia in 1992. She then received Master of Arts in Modern International Studies from the Institute of International Studies Leeds University, the United Kingdom in 1994, under the Chevening Award. She also obtained Master of Arts in Southeast Asia Studies Program from the Center for International Studies Ohio University the United States of America in 1995 with the Fulbright Scholarship. She accomplished a PhD Program in Political Sciences and International Relations in the Crawford School of Economics and Government, the Australian National University, Canberra, Australia, in 2011 with a thesis project on the inter-regionalism of Asia and Europe, supported by Australian Development Scholarship (ADS). In addition, Dr. Fitriani took some training programs in Upsala University (Sweden), the Central European University Budapest, Hungary, and University of Indonesia. She carried out research in Japan, China, the Netherlands, Malaysia, Singapore, Thailand and Australia. Her research interests include Indonesia's foreign policy, ASEAN, Asian regionalism, Indonesia relations with Australia, Indonesia-Malaysia relations, precolonial Southeast Asia, border studies, European Union (EU) and EU-Asia relations.