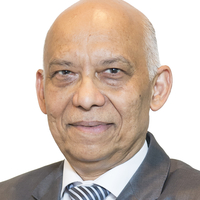 Professor Subrata K. Mitra joined the Institute of South Asian Studies (ISAS) as a Visiting Research Professor and Director on 13 April 2015. He has moved to Singapore from Heidelberg, Germany, where he was the Head of Department of Political Science at the South Asia Institute for the past 20 years.

Besides teaching, research, mentoring graduate students, publishing, and contributing to the publishing of journals and book series, institution-building has been a distinguishing feature of the academic repertoire of Professor Mitra. It began in Hull University, UK, where he played a key role in the setting up the Centre for Indian Studies, and directed it for nine years. Subsequently, under his leadership (1994-2014) as Professor and Head, the Department of Political Science, South Asia Institute of Heidelberg (Germany) developed into a major centre for advanced research in South Asian and comparative politics.

Relocation to Singapore and the remit as Director of the ISAS – with its global network, rich body of scholars and the excellent infra-structure of the NUS – provides Professor Mitra the opportunity to transfer his skills, experience and network to the stimulating environment of Singapore. He attaches great importance to the interdisciplinary character of ISAS, the privileged access to the academic infrastructure of NUS as well as the University's links to statement and business leaders in Singapore, South Asia and across the world. Subrata Mitra’s graduate training at the University of Rochester in quantitative methods, theory of games and rational choice and comparative politics was enriched with his subsequent research on local politics and comparative regional development in India. The dynamic interaction of culture and rationality has deeply influenced his research profile, which currently focuses on governance and administration, citizenship, hybridity and re-use, the evolution of the Indian state from classical to modern times, religion and transition to democracy and its consolidation, and security and foreign affairs of South Asia. His main goal as the Director of ISAS is to create a stimulating environment in which the resident and visiting scholars of ISAS can engage the leaders of the economy, politics, civil society, and diplomats and civil servants of South Asia, and enhance the two-way flow of knowledge between Singapore and the region: "to mutual benefit" is hanging, unclear: perhaps change to "to the benefit of the entire region."