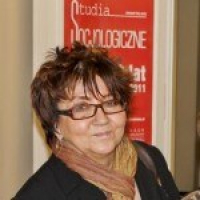 Professor Joanna Kurczewska is a sociologist, historian of ideas, Full Professor at the Institute of Philosophy and Sociology of the Polish Academy of Sciences (IFiS PAN). She teaches at distinguished Polish academic institutions including the Graduate School for Social Research at IFiS PAN and the University of Warsaw, and has been the Editor in Chief of the Polish Sociological Review.

Prof. Kurczewska engages in the studies of historical sociology, theoretical sociology, sociology and history of contemporary ideas, as well as sociology of culture and political sociology. Within these disciplines, she is especially interested in the widely understood theme of the nation (national ideologies, national culture, and relation between state and nation), social change, and relation between culture, politics, locality and nationalism in societies experiencing significant changes in the socio-cultural and political system.