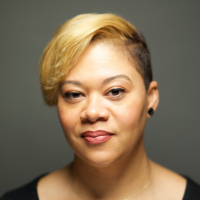 Dr. Niambi Carter earned her Ph.D. in Political Science from Duke University (2007) working primarily in the subfield of American Politics with a specific focus on Race and Ethnic Politics, Black Politics, Public Opinion, and Political Behavior. Her book, American While Black: African Americans, Immigration, and the Limits of Citizenship (2019, Oxford University Press), investigates African American public opinion on immigration. Her work has appeared in the Journal of Politics; Political Psychology; Politics, Groups, and Identities; the Journal of Women, Politics, and Policy; the DuBois Review; Politics and Gender; and many others. Her next work will be an examination of the Congressional Black Caucus' advocacy on behalf of Haitian refugees.