Devashree Gupta to Speak at the 2020 Conference on Global Studies 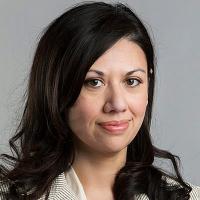 We are excited to announce that Devashree Gupta will be speaking at the Thirteenth Global Studies Conference.

Devashree Gupta received her PhD in government from Cornell University. Her research focuses on issues of nationalism, social movements and protest, and political extremism, with a particular focus on the politics of Britain, Ireland, and South Africa. Her book, Protest Politics Today (Polity Press, 2017), explores the dynamics of radicalization and competition in nationalist movements as well as smaller projects on social movement coalitions and the political engagement of diaspora and immigrant communities in Europe. She has published her work in Mobilization, PS: Political Science & Politics, Comparative Politics, and Comparative European Politics. Professor Gupta teaches the introductory class in comparative politics as well as courses on social movements, comparative nationalism, ethnic conflict, religion and politics, and research methods.

Register for the 2020 conference here.