How China Is the Future of Nanoscience 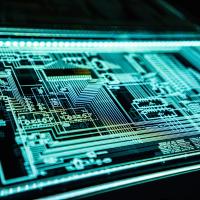 Everything about China’s drive to become a leading innovator works on a giant scale. Ambitions are enormous, budgets are vast and the focus is widespread. And in many fields, it’s beginning to close the gap with U.S. and European institutions. But it’s in the study of materials on the scale of a billionth of a meter — nanoscience — that China is already fast overtaking its international rivals.

From cloning to cancer research, China is using nanoscience and nanotechnology innovation to drive some of the world’s biggest breakthroughs. In July, an international team of researchers led by Chinese scientists developed a new form of synthetic, biodegradable nanoparticle. Capable of targeting, penetrating and altering cells by delivering the CRISPR/Cas9 gene-editing tool into a cell, the nanoparticle can be used in the treatment of some single-gene disorders, as well as other diseases including some forms of cancer.

Nanotechnology supports biomedicine and quantum technology development and makes its way into everyday life through advancements in consumer electronics and artificial intelligence, all areas where China seeks global dominance. Being at the forefront of cutting-edge nano research greatly improves China’s prospects for success, especially in biomedicine, where it has long trailed rivals.