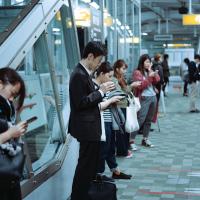 An unusual constellation of powerful companies and industries are fighting to weaken Big Tech by limiting the reach of one of its most sacred laws. The law, known as Section 230, makes it nearly impossible to sue platforms like Facebook or Google for the words, images and videos posted by their users.

The companies’ motivations vary somewhat. Hollywood is concerned about copyright abuse, especially abroad, while Marriott would like to make it harder for Airbnb to fight local hotel laws. IBM wants consumer online services to be more responsible for the content on their sites.

Section 230 of the Communications Decency Act of 1996 has helped Facebook, Google and YouTube grow into giants by holding only the people who post the billions of pieces of content on their services responsible for libel or other legal issues.

Companies like Google and Facebook say that without Section 230 protections, building a business that gives individuals a platform for their content online would be impossible. They say it also shields online platforms from lawsuits when they police criminal or distasteful content.