Tips for Overcoming Roadblocks to A Zero-Carbon Future 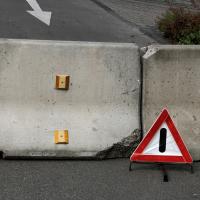 Companies and cities across the globe are aligning to limit global warming to a maximum of 1.5 degrees Celsius above today’s temperatures by 2050. At that rate of warming, some endangered Pacific countries would remain above water, and the worst weather extremes in developed regions such as North America would be mitigated.

To achieve that goal, however, companies will need to achieve 6 percent greenhouse gas (GHG) emissions reductions each year for the next decade, according to sustainability consultancy Engie Impact.

Its analysis — drawn from the Carbon Disclosure Project’s (CDP's) 2018 Report and explained in detail during a recent GreenBiz webcast titled "Key Accelerators to Achieving a Zero-Carbon Future" — found that leading companies are already executing strategies to deliver 4.6 percent annual reductions in greenhouse gas (GHG) emissions. About 89 percent of those leading companies are on track to meet 1.5 C warming targets, the analysis suggests.

However, many more companies are not on the leading edge.