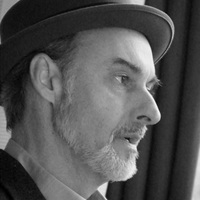 "Space or Place?: The Role of Territorial Rights in Thinking about the Green State"

Omar Dahbour is Professor of Philosophy at Hunter College and Graduate School, City University of New York, and has also served as a past director and present faculty affiliate of CUNY’s Center for Place, Culture, and Politics. He is a recipient of PhDs in philosophy and history from CUNY and the University of Chicago, and has taught at Ohio University and Colorado College, among other institutions.

Publications include Self-Determination without Nationalism: A Theory of Postnational Sovereignty (2013), Democracy, States, and the Struggle for Global Justice (2009), Illusion of the Peoples: A Critique of National Self-Determination (2003), Philosophical Perspectives on National Identity (1997), and The Nationalism Reader (1995). He has also published work on Hegel, Marx, Habermas, liberalism, imperialism, critical social theory, theories of historical narrative, global justice, minority rights, and military ethics, and the ethics of conflict in the Yugoslav civil war and Israel/Palestine.