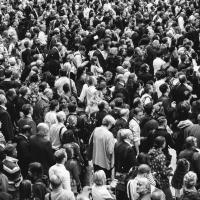 Neoliberalism—“a political economic philosophy… dedicated to the extension of market (and market-like) forms of governance, rule, and control across… all spheres of social life”—has, from the 1970s onwards, exerted its ever more expansive power over societies worldwide. Neoliberalism has not gone unchallenged, of course, with resistance materializing on many occasions both in the Global South and North.

In the Global North, the “alter-globalization” movement became (in)famous for its well-choreographed protests, most notably in Seattle in 1999. Globally, World Social Forums have provided a space for activists to discuss alternatives to the neoliberal system since 2001. Such mobilizations have drawn attention to the obscene inequality and environmental degradation for which neoliberalism has been held responsible, but have not stopped its global diffusion.

Ideology as a system of interdependent, action-oriented political beliefs underpins any and all political praxis. Why, then, is the claim that ideology has become irrelevant so influential?