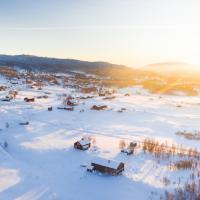 On the front lines of climate change, warming temperatures and thawing permafrost are making it harder to get an accurate count for the 2020 census in some of the most remote communities of Alaska.

Since 1960, the Census Bureau has started the once-a-decade, constitutionally mandated head count in Alaska Native villages in January — months before the census rolls out to the rest of Alaska and other states by April — to take advantage of the frigid winter weather.

When Alaska is at its coldest, census workers are more likely to find village residents, some of whom migrate to hunt and fish for subsistence or work, in their home communities. Before the spring thaw, census workers have also been able to journey across miles of frozen ground and ice roads on snow machines (known in the Lower 48 as snowmobiles) or sometimes in dog sleds to reach villages usually accessible only by bush plane or boat in the warmer months.

"We've seen landmasses just disappear overnight," says Romy Cadiente, a local official for Newtok, a village in southwest Alaska where erosion has been eating away an average of 70 feet a year, forcing many residents to flee for firmer ground.

But in October, after decades of planning and fundraising, about a third of Newtok's residents packed their belongings into boats and relocated to 21 new homes on higher ground across the river in Mertarvik, Alaska — a replacement village about 9 miles southeast of Newtok.

In less than a week, census workers finished visiting homes in Toksook Bay to conduct in-person interviews using paper forms and pencils. But Pitka and other village officials won't see the latest census results for at least a year. The bureau is not expected to start releasing data about local communities until early 2021.