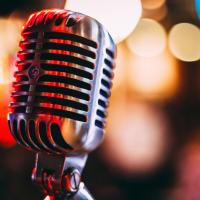 Industry experts have hailed the return of political music in the run-up to this year’s Mercury prize, with British and Irish artists on the shortlist addressing the hostile environment policy, austerity and racism.

From the explicit punk of Idles to the more personal politics of Dave and the 1975, representations of the everyday realities for those who live with decisions made in Westminster are scattered throughout.

“I’m trying to turn politics from a game of risk into the stories of different individuals who are affected by the decisions made by politicians,” he said when asked about their approach before the release of their second Mercury Prize nominated album, Joy as an Act of Resistance, in 2018.

Many have questioned the lack of protest music since the rise of Donald Trump and the societal ruptures caused by Brexit. For Smith, this year’s Mercury shortlist shows that the dial is starting to shift. “A year or so ago a lot of people were asking ‘where are all the protest songs?’ These aren’t necessarily protest songs, but they are reflecting how they feel about life and living in the UK.”