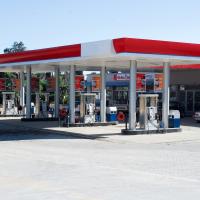 Will a dozen East Coast states and D.C. agree to a regional plan that would likely hike gas prices through a "cap-and-invest" program to mitigate tailpipe emissions similar to what California has done for the last five years?

Under the program, which could start as early as 2022, fuel companies would buy allowances from the states, either directly or on a secondary market, for every ton of carbon dioxide their fuel will produce...The effort, if it passes, is likely to add to prices at the pump as fuel producers pass on the added costs to consumers, a big point of contention that is likely to arise as individual states debate whether to commit to a final version of the plan.

This is a politically formidable undertaking on a regional level – essentially asking motorists to pay more for gasoline in order to fight climate change. Push-back occurred immediately from one of the TCI member-states.

That's not how the program works, as each participating jurisdiction determines how to invest the auction proceeds generated in their state to support TCI program goals, whether it be for electric vehicle recharging infrastructure, which is more likely to be non-existent than "crumbling," or improving public transit, to name two likely investments.