Hong Kong’s Revolutionary Anthem Is a Challenge to China 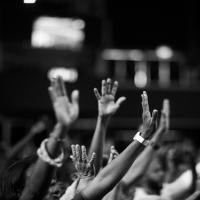 Twin crises have jolted this city: one of disease, the other of dissent. Over the past year, millions of people flooded city streets, defying China’s government as they demanded that Beijing honor Hong Kong’s civil rights and grant the territory democracy. Those same agitators worked together this winter, at times in opposition to the territory’s leaders, to limit a widespread outbreak of the coronavirus.

Certain items linger in the public consciousness as symbols of this period: yellow construction helmets, 3M respirators, open umbrellas that deflected rubber bullets. Long before people feared viral droplets, protesters feared police cameras and so obscured their features with face masks. Yet, perhaps no symbol of defiance has resonated with so many for so long than a four-stanza paean to hope.