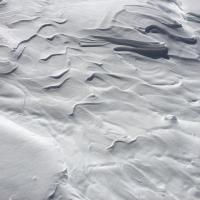 As the sun rose on Wednesday, 26 million Americans peered out their windows onto a land chilled to 20 degrees Fahrenheit below zero. And that’s when the air was still: When the wind picked up, as it did from Chicago to the Dakotas, it could feel like it was 50 below.

It is dangerous, record-breaking, can’t-look-away weather. Yet this cold snap’s arrival was preceded by a marvel so spectacular that we hardly noticed it: It was correctly predicted. As early as a month ago, forecasters knew that colder-than-average weather would likely strike North America this month; a week ago, computer models spit out some of the same figures that appeared on thermometers today.

How much better? “A modern five-day forecast is as accurate as a one-day forecast was in 1980,” says a new paper, published last week in the journal Science. “Useful forecasts now reach nine to 10 days into the future.”

Meteorologists are increasingly uniting weather models and climate models, allowing them to project the general contours of a season as it begins.