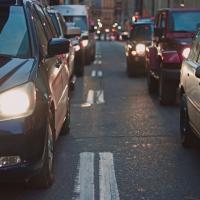 In Thailand, one of the world’s most unequal societies, even roads have a rigid hierarchy, with the poor far more likely to be killed in accidents than the well-off and well-connected.

And there are many deaths: Thailand had the world’s second-highest rate of road fatalities per capita, surpassed only by war-afflicted, lawless Libya, according to a 2015 report from the World Health Organization. When it comes to per-capita motorcycle deaths, the country is No. 1.

The government vowed at a United Nations forum in 2015 to halve the number of road traffic deaths by 2020. With less than one year to go before the deadline, however, Thailand is a long way from fulfilling that promise, its roads still ranking among the world’s 10 most dangerous, with more than 20,000 preventable fatalities a year.

Unlike poorer countries, its roads are well paved and made for speed, and the cars driven by the rich and its growing middle class tend to be new and fast.

But many Thai families can afford only a single scooter or motorcycle, and high-quality helmets are a luxury for many, whatever the law says about their being mandatory to wear.

The country’s economic disparity is not the only reason Thailand’s road deaths are not distributed equally. Justice, too, is handed out unevenly.